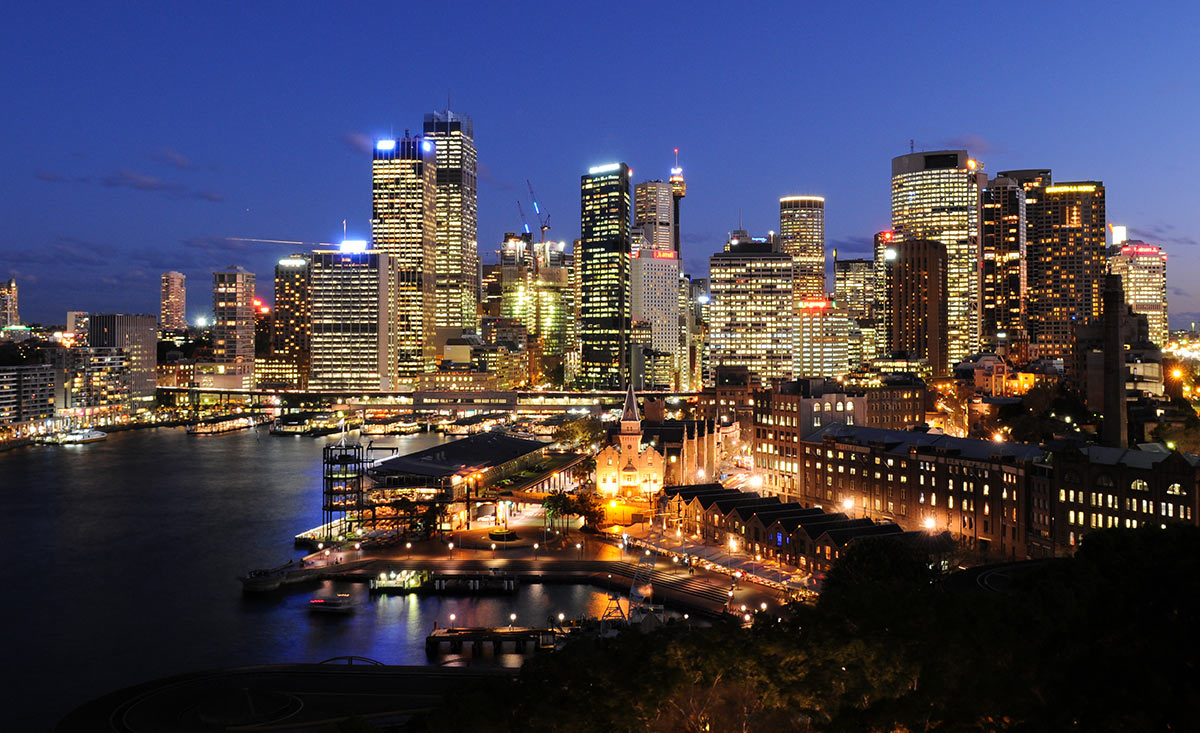 It was fitting that the 47th floor restaurant revolved to give views across the Sydney skyline, as Mr Abboud announced a new Sydney CBD home for the rapidly growing business, while acknowledging the origin, footprint and opportunity of the Western Sydney powerhouse.

Ian Ball, Strategy Consultant, was on hand to MC with Chris Johnson, CEO of Urban Taskforce, the guest speaker of the evening. Rachael Abboud, CFO at Trifalga and Mr Abboud’s sister, also assisted with the formalities and was acknowledged by Joe for her significant contribution to the company.

The evening premiered a corporate video that gave genuine insight into Mr Abboud as the backbone of the business, sharing the story of his family, motivations and goals, including the more difficult times of the GFC that have shaped his career.

He told his guests, “That guy on the video explained that when life throws you a curveball – a major curveball – it’s a chance to re-consider and re-consolidate. When it came time for me to re-build, I based my business on principles and values of integrity, creativity and resilience.”

A unique approach to a corporate video, it illustrates that family will always be at the heart of Trifalga. The video will be featured on Trifalga’s new corporate website.

Known for their resourcefulness and willingness to take on complex planning situations, it was no surprise that Trifalga filled the room with the most significant thinkers in property and talk focused on the future of greater Sydney.

Mr Johnson was happy to be on hand to support the Trifalga team and their work. He says “In addressing the audience I stressed how important growth was to Sydney as a global city yet how difficult it had become for developers to get through the maze of planning hurdles before a project could start.

We need focussed quality developers, like Trifalga, to pursue excellence and drive projects to completion for the benefit of Sydney’s growing population.”

Mr Ball says Trifalga have an important trail-blazing role to play in the urban development of NSW.

“There is so much NSW can do to unlock value in underutilized land and buildings in order to advance economic growth and create new jobs and communities.

Tonight, we learnt that Trifalga’s proven track record and expertise in overcoming challenging situations equip them to find solutions that meet government, community and economic needs.”